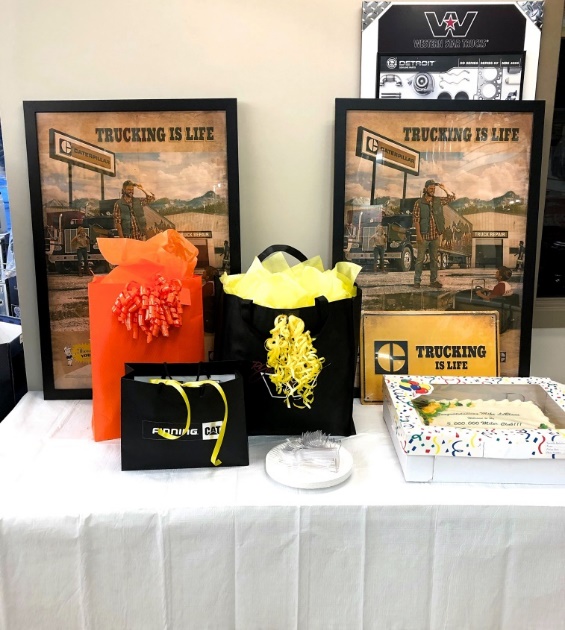 Based in Kamloops, BC Mike LeBlanc is the proud employee of Arrow Transportation Systems. He’s spent four decades on the road and is deeply loved by his wife Kathy, his two children and four grandchildren. He enjoys fishing and sets out whenever he gets the time.

In 1978, Mike LeBlanc started his career as a truck driver. He has logged over five million miles on the road over 40 years. Mike loves his job, the people he gets to meet and hauling lumber from the mills. From his early days, he has believed in CAT on-highway engines and relies on his authorized CAT dealer for his truck parts and service needs. He is extremely appreciative of their services and says that they have good quality parts and provide excellent service. His employer, Arrow Transportation Systems, has been thoroughly impressed by the dedication and loyalty he’s shown over the years. He’s known for his punctuality and safe driving. During the early 2000s, he won a safe driver award in British Columbia. Mike is helpful and looks out for the other drivers on the road. He is a gem of a man and we all love him for that and more!

Western Star dealer, RJames Management Group, along with CAT dealer, Finning Canada, hosted a celebratory lunch for Mike and his family in February 2020 to celebrate the three million miles Mike accomplished in his 2002 Western Star 4900 with a C15 Cat Engine. He basically went to the moon and back 8 times in his truck, so it’s a pretty big deal! We truly respect and honour Mike for his time and effort. We wish Mike all the very best for his future.