RJames Management Group LTD is proud to be a representative of Western Star, Freightliner & Autocar throughout Western Canada.

Our staff is properly trained, friendly and known for superior customer service throughout British Columbia and Alberta.

We can perform BC/AB CVIs on trucks and trailers six days a week, as well as all general truck, trailer and RV repairs. With over 150 years of combined experience, you are in good hands at RJames!

In 1968 Art James made the decision, with his wife Norma, to leave International Harvester after a great career there. Art decided to enter the dealership purchase program offered through IH and take over the freshly defunct Heathfield Equipment in Kamloops, B.C. It was the only motor truck, agriculture and construction equipment dealership in Canada at the time. As well, Kamloops was a Pacific Truck dealer.

In 1986 the James family decided to take on the Western Star product line, and, in turn, the IH product was removed from the dealership.

In 1986 Rob James was moved to Williams Lake to work with Graham Keith to open the Williams Lake store. A couple of years after that, James Western Star Sterling opened in Prince George.

Unfortunately, in December of 1996, we lost our beloved father to a long-standing illness.

In 2000, Fort St. John was added after the purchase of Rick Henderson Mechanical. With the decision by Daimler to move the Western Star factory from Kelowna, B.C., to Portland, Oregon, the Schroff family decided to sell their shares of Kelowna Western Star to the James Group.

The dealership group was able, in the year 2001, to add the Sterling product line to the sales offering, up until Daimler Trucks North America decided to remove the product line from the Daimler product offerings worldwide. In 2005, Doonan Trailer products were added to the Kamloops and Kelowna branches, giving them the entire province of B.C. as their sales territory. The Freightliner product line was added to Kamloops when the Peace Country Freightliner was shut down due to financial distress, which allowed Kamloops to become a full-line dealership for Western Star and Freightliner.

In 2012, the decision was made to divide the company, with Rob James taking the Kamloops and Kelowna locations and forming the company RJames Management Group Ltd. Even through the division of the company, RJames purchased the shares and building of the Okanagan Wash Zone in Kelowna, which, at that time, was a car and truck wash with Husky commercial and retail fuel and a convenience store. Through a year-long renovation, the building was transformed into a full line truck dealership with truck wash bays, as well as a start-of-the-art MacNeal Tunnel wash added to the Husky convenience store.

In 2014, RJames Property Management purchased the Williams Moving and Storage building at 2073 Falcon Road, directly across the street from the Kamloops dealership. This will allow for the administration staff and 7,000 square feet of parts warehousing to move over. This move has allowed for the expansion of parts marketing, as well as truck sales in the Kamloops area.

In 2017, RJames Management Group Ltd. expanded into Alberta with the purchase of the Western Star dealerships in Calgary & Red Deer.

In 2019 we added Complete Suspension & Brake in Rockyview, AB to the RJames Gang!

RJames Management Group Ltd. is the only full-line Western Star & Freightliner (Kamloops) dealership that offers trailer sales, as well as having a over 500 unit lease fleet, which is one of the largest in B.C. 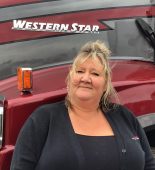 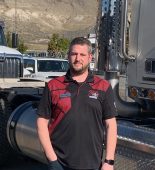 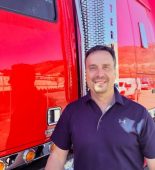 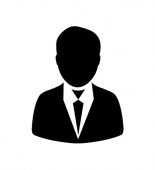 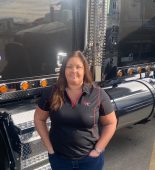 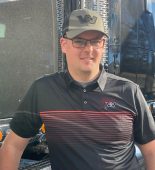 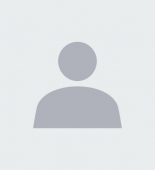 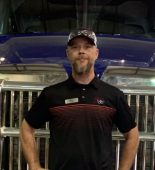 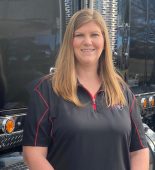